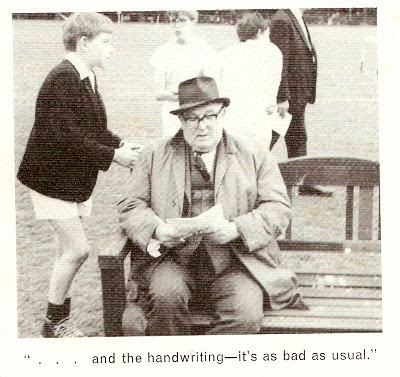 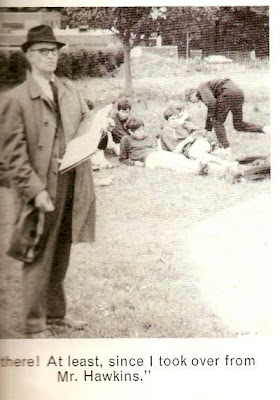 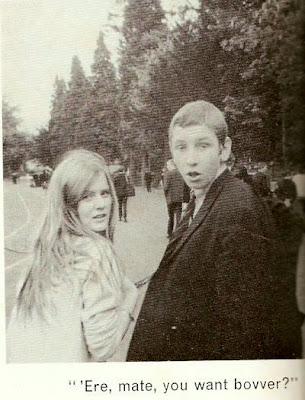 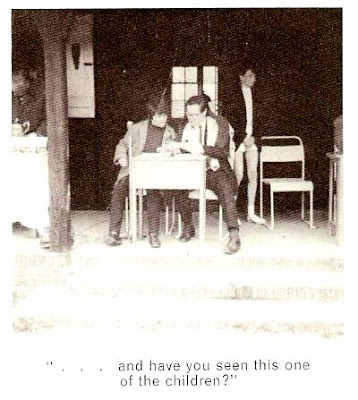 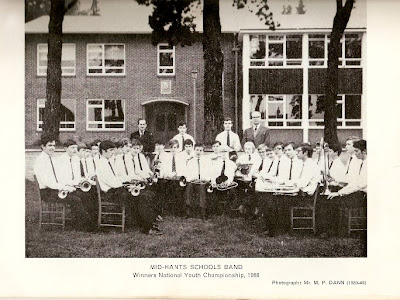 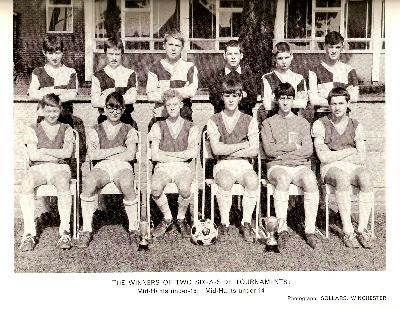 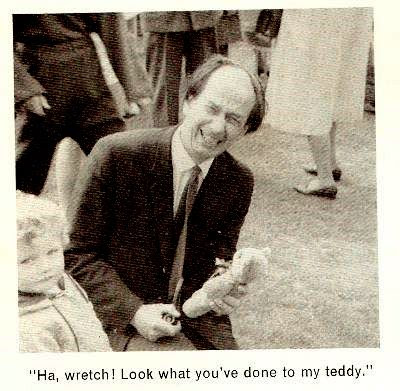 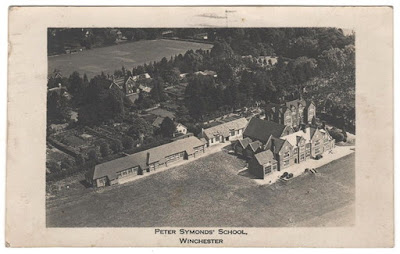 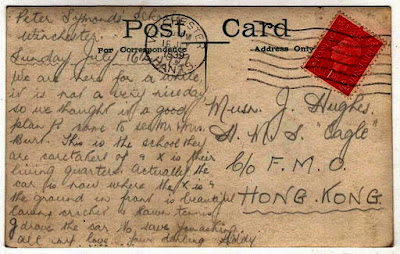 The above postcard, dated and posted on Sunday 16th. July 1939, was sent to a Musician J. Hughes serving, at the time, on H.M.S. Eagle ... As a matter of interest, HMS eagle was sunk in the Med. by a U boat in 1942. Musician Seaman Hughes does not appear in the casualty list, so hopefully he was one of the rescued, if indeed he was still a crew member at that time.
The front of the postcard shows an aerial view of Peter Symonds' School, and it is possible the original photo predates the card in 1939.
The caretakers of the day were not known by me when I joined the School in September 1944, as it was then George Yaldren and his wife, but it is possible someone out there will remember them. (It was not known if Musician J Hughes was an ex student of the School, but further research by John Piper suggests that he wasn't) 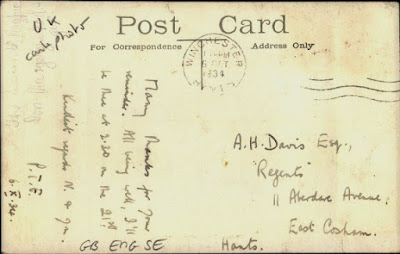 Another postcard with the same aerial photo of the School has been found by John Piper ... this time, the card is postmarked 'Winchester 6 October 1934' and the signature 'P.T.F.' suggests it was sent by Doc. Freeman to a Mr. A.H.Davis.