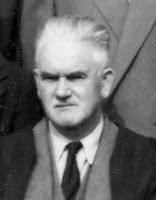 Taken from Neil Jenkinson’s book, 'The History of Peter Symonds'.

I was one of the few on School Practice to be subjected to an inspection by the External examiner. This daunting episode also took place in Baker Room with one of the fifth forms as the victims. What Cozy had said to them I do not know but to underline the crucial nature of the exercise, he accompanied the examiner into the room, enquired whether I had everything that I needed, surveyed the audience and retired. They could hardly have been more co‑operative. Several of his teaching devices I used until my retirement, including the weekly test and running league table, which I have no doubt would be frowned upon in certain educational circles group I think, although Freddie Johnson is the only one that I can actually recall, and CJC. used to set them about half‑a‑dozen questions to be done during the week. Cozy was often away on Saturday morning on AMA business and he used to give me the questions on a Thursday and ask me to go over them on Saturday. I can remember even now the hours I used to put in on Thursday and Friday evening so as to have a reasonable mastery by the Saturday morning. I have no doubt that they were pretty routine questions to him and that he had no idea of the great struggle I was having each week.

He was a complete master of his trade and I have never ceased to wonder at the facility with which he could conjure a question out of his head just when he needed it ‑ not for him the feverish search throughout the text book ‑ out it came pat with just the right numbers to give a reasonable and uncomplicated answer. I do not think that the idea of having a mathematical syllabus within the school ever occurred to him ‑ he assumed that all the mathematics staff knew what ought to be taught and were getting on with it.
Needless to say, no boy ever considered giving him any disciplinary trouble in his classroom, but some amusing tales are told of his methods for dealing with happenings outside the classroom. These applied particularly to boarders. One of his favourite tricks was to send the unfortunate offender with a message for Jack Northeast in Crawley early in the morning. A reply was required before morning school. It is said that the owner of an allotment in Bereweeke Road once complained to CJC. that some of the Wyke Lodge boarders were pinching his carrots. Nothing was said but the next few meals served in the boarding house consisted of carrots and only carrots. The problem was cured.
During the years between 1950 and 1955, Cozy was certainly the dominant figure as far as the staff and the boys were concerned. He ran the day to day affairs of the school and Doc seemed more concerned with the relationships with the City and with the Authority. CJC. never seemed idle. I cannot recall him sitting back reading a newspaper or engaging in indolent chatter. There was always something to be done. The photograph I have of him in my room conjures his most frequent scene of action ‑ sitting at the head of the table in the old Staff Room marking scripts, checking timetables or carrying out one of the multitude of tasks that he set for himself." 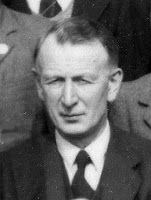 
Thanks are due to the Old Symondians' Association magazine where this article appeared in autumn 2009.
It had first appeared in the Peter Symonds' School Magazine.
The date of first publication is unknown but it was after 1964


In this and the preceding issue, we have outlined the careers of several masters who have served the School for exceptionally long periods. None of them, however, has touched the life of the School in more diverse ways than the career of John St John.
“Saint” in the Common Room, “Sandy” to the boys, he joined the School from Weymouth in 1929, after his education at Taunton’s School and University College, Southampton, and a brief sojourn in a Midlands school.
He taught Chemistry and General Science with efficiency and a touch of humour. It is when we remember the inadequate facilities which existed and the depressing laboratories in which most of his career was spent that many of us will feel grateful for his efforts; just as many Old Symondians will recall, not without affection, the Freeman and St John Chemistry textbook, which was also successful in many places outside the School.
“Saint” has played many games gracefully and successfully. In his early years at the School he played hockey for Chandler’s Ford and cricket for Stanmore, but it already seems a long time since he became a leading member of a local bowling club and a regular winner of the OSA bowls championship. It was, however, his great interest in swimming in the School which will be remembered by many Old Symondians. He was in charge of swimming and life-saving activities for a number of years, and thereafter was a regular supporter of the swimming team at home and away fixtures.
Before 1939 he organised a number of visits of School parties to the Continent and was also in the Officer’s Training Corps, as it was then called. During the war he served in the Special Constabulary and organised agricultural camps at which boys of the School helped on the land.
Mr and Mrs St John took boys as boarders in their house in Cheriton Road before they moved to Kelso House in 1947 and where they remained until 1964. It would be idle to attempt to assess what influence they have had on the several hundred boys to whom they stood in loco parentum, but few could have lived with them without remembering many kindnesses and quiet advice and without cultivating a bit more concern for courtesy, personal appearance and tidiness. Even the Kelso House hurdle for new boys presented - in the event – little terror. The song that had to be sung at the Christmas party was soon taken up by so many other voices, and the spread of food was more than mere compensation. Many members of the School Staff, too, have reason to be grateful for the hospitality and friendship which Kelso House offered. “

This was transcribed on Tuesday 8th June 2010 by Jim Wishart, co-manager with Doug Clews and Chris Cooper. 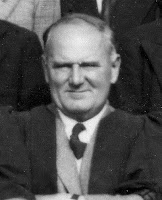 Reprinted by kind permission of the Hampshire Chronicle 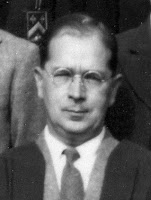 Thanks are due to the Old Symondians' Association magazine where this article appeared in autumn 2009. It had first appeared in the Peter Symonds' School Magazine.
The date of first publication is unknown but it was after 1964

Mr Gladwell came to Peter Symonds’ in 1946 after a distinguished academic career and his war-time service in the Intelligence Corps. Appointed to the German department, he later introduced the study of Russian into the School and organised at Sixth Form level a wide range of cultural and intellectual pursuits. For a number of years he arranged foreign travel for parties from the School and more recently was active in promoting and strengthening the link between Giessen and Winchester.
But most Symondians will remember his very great interest in everything connected with the theatre. Each Christmas from 1949 to 1963 he produced for the Dramatic Society a full-length play, among which the works of Shaw, with “Arms and the Man” and “Pygmalion,” at the beginning, and an ambitious “Caesar and Cleopatra” in the middle, will probably be mot often recalled. The climax of his productions was, however, the stating of his own translation of the Russian play, “The Bed Bug,” with well over 100 characters.
That was in 1962 in Varley Hall, on a real stage. But for 14 years the Dramatic Society had struggled to present its work on the inadequate platform in Northbrook Hall. It was there, all too often in really cold weather, that a team led at all levels by Mr Gladwell, cheerfully surmounted so many difficulties. In such unprepossessing circumstances, many a Symondian’s appetite for the theatre was whetted and many will gratefully remember it.
We hope his new appointment in London will permit F E G many opportunities of indulging his taste for the theatre.”

This was transcribed on Tuesday 8th June 2010 by Jim Wishart, co-manager with Doug Clews and Chris Cooper of the Peter Symonds School Nostalgia web-site.